I had thought about getting a tattoo for about 15 years. But the pain and the permanency of it put me off. On April 20th my daughter asked me if I wanted to get a “Fur” 20 tattoo as my Mother’s Day gift. I was intrigued… Fur 20 was a play on the 4:20 thing that many people associate with Pot. But instead of Pot it is about pets and they donated 20% of the cost to the local animal shelter. So I thought…Well, if I am going to do it, now is the time. It is a Mother’s Day Gift and it donates money to rescue pets. So…We looked on their website and picked out our design and we were off to get it done. Yikes!

I think for me doing it impulsively was good. Because I likely would have chickened out. On the way there I started to have a full fledged panic attack. Kelly (my daughter) was laughing. I was so nervous I literally thought I was going to throw up. Luckily, I did not! 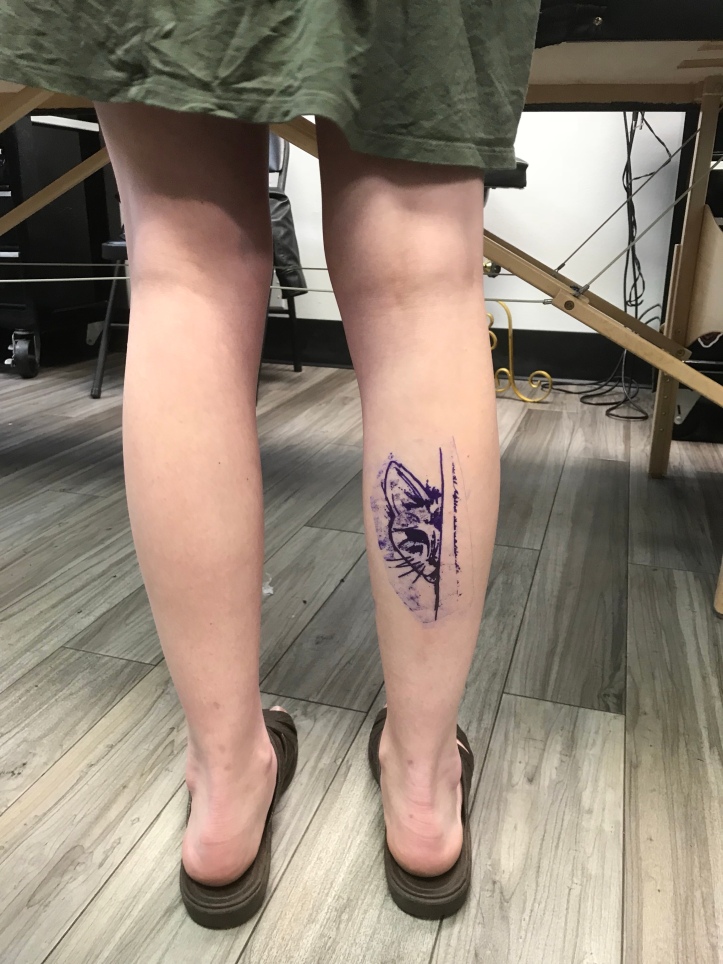 Kelly and I had decided to get Mother-Daughter tattoos. We had been talking about that for awhile but had not found any we liked. I had Kelly go first. So that I could watch. That did help me build up my confidence-although I was terrified. 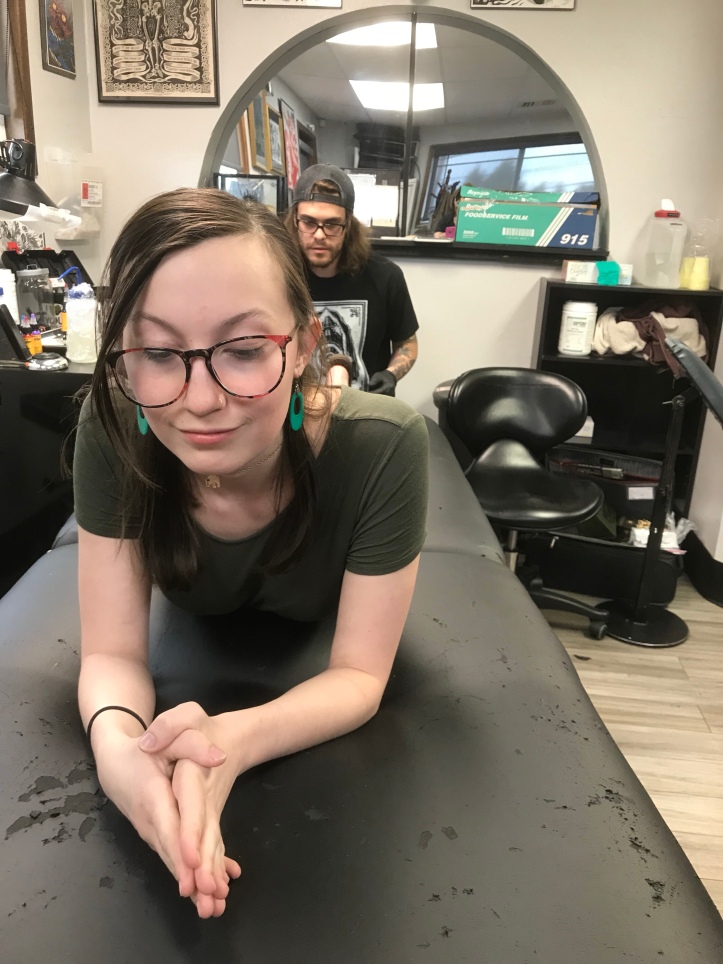 I made Kelly talk to me to distract me from the pain. I focused on relaxing and was able to handle the pain. It is kind of like an intense stinging sensation. It literally took all my concentration to sit still. I didn’t want to move my leg and end up with a messed up permanent mark on my leg. 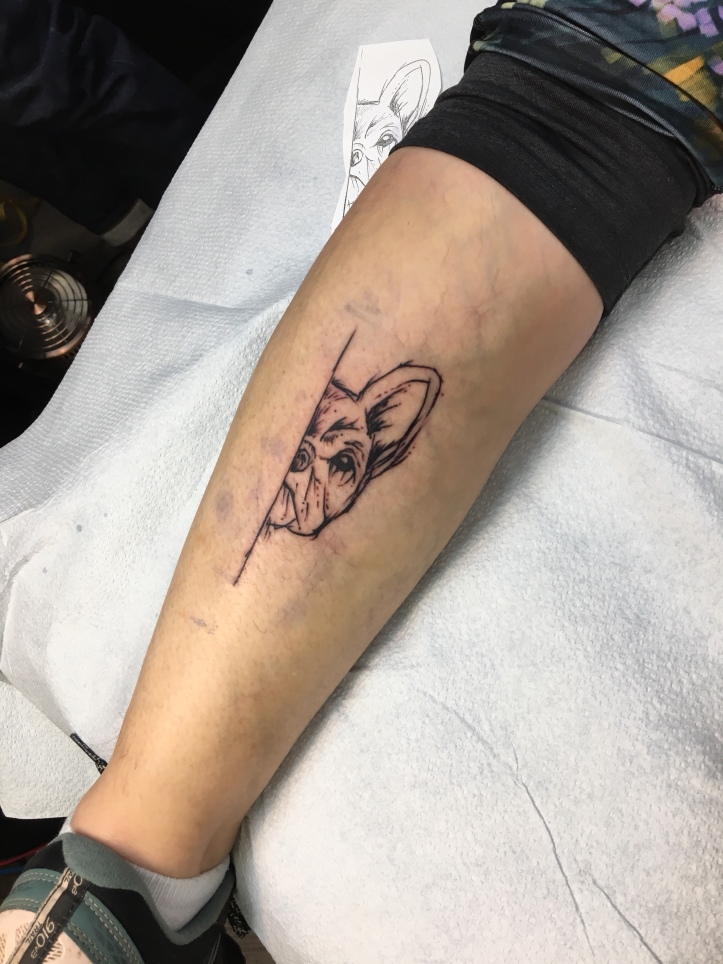 The tattoo artist at Adorn Body Art was very good. He was able to do the tattoo in about 15 minutes. Which for a newbie was just right. I am glad that I got my tattoo- I will always think of my daughter whenever I see it. I don’t know if I will get another-maybe. We will see.